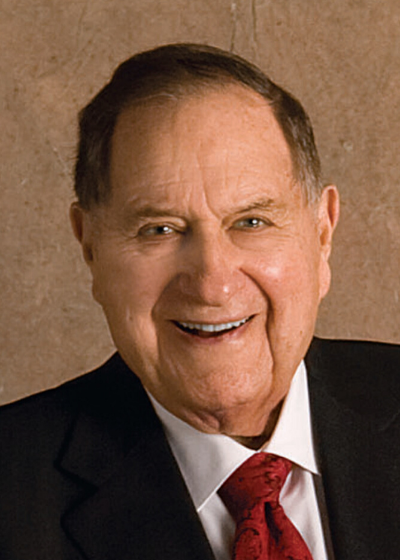 Entrepreneurship and Innovation Hall of Fame Class of 2019

A native Detroiter and Mike Ilitch School of Business graduate, Bernard D. (Bernie) Moray began his career in the furniture industry at Robinson's Furniture in 1949. Moray purchased Gorman's Furniture in 1965 and opened the landmark Gorman's Contemporary Gallery in Southfield the following year. He would eventually grow Gorman's to six locations, gaining himself and the company a national reputation for excellence in home furnishings. Moray was named the National Home Furnishings Association's Retailer of the Year in 1993, received the Masters of the Game: Furniture Today Lifetime Achievement Award in 2013 and was inducted into the American Home Furnishings Hall of Fame in 2017. He won the Ilitch School's Distinguished Alumni Award in 1999.