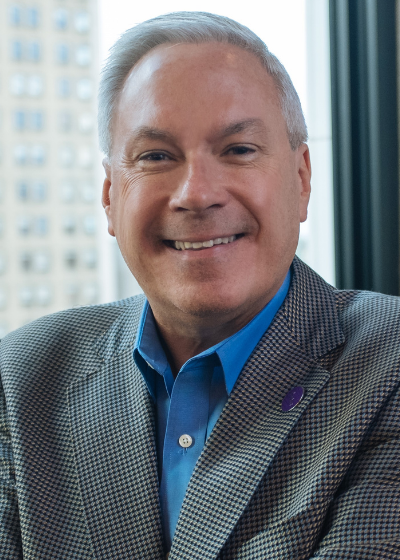 Paul Glantz is co-founder and chairman of Michigan-based Emagine Entertainment, Inc. Glantz raised more than $150 million in capital to develop 11 world-class entertainment venues and, in doing so, brought his concept of an exemplary entertainment experience to reality. Glantz is regarded as an expert in the cinematic exhibition industry and has been at the forefront of dramatic technological enhancements. Glantz earned a B.S. in Business Administration with high distinction from the Ilitch School and an M.S. in taxation from Walsh College. A longtime champion of Wayne State, he has served in a variety of roles including as a longtime member of the Ilitch School Board of Visitors. He was the 2006 recipient of the Ilitch School's Distinguished Alumni Award and the first-ever recipient of the Irvin D. Reid Honors College's Pillar Award. Glantz has also been named Michigan and Northwest Ohio Entrepreneur of the Year by Ernst & Young.