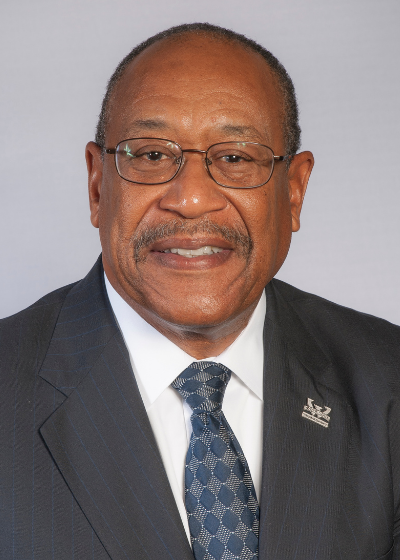 An Ilitch School alumnus, George Johnson began his career in 1966 with Touche Ross, now known as Deloitte. He established his own firm, George Johnson & Company, in 1971 through the merger of several Detroit-area firms, including that of the legendary Michigan Secretary of State Richard H. Austin. The firm has grown into one of the largest locally established CPA firms in the region with offices in Detroit and Chicago. Johnson received the Ilitch School's Michigan Executive of the Year Award in 2007 and Wayne State's Black Alumni Achievement Award. He has also received the Silver Beaver Award from the Detroit Area Council of the Boy Scouts of America and the Lifetime Achievement Award from the Detroit Chapter of the National Association of Black Accountants. Johnson has served on the boards of numerous civic organizations, including the Community Foundation of Southeastern Michigan, Detroit Institute of Arts and Detroit Symphony Orchestra.