Paul Czamanske, an Ilitch School alumnus who received his bachelor’s degree in business administration in 1950 and was an active member of the Pi Kappa Alpha fraternity, died on June 24. He was 90. 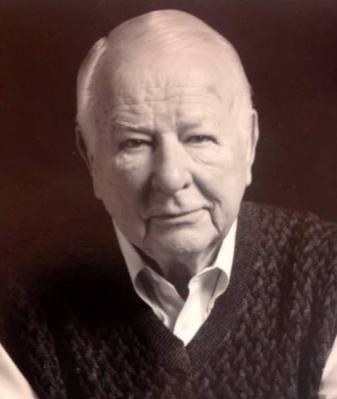 During his time at Wayne State, Paul was a member of the student senate and was named class president. Upon graduating, he received the Donnelly Award for outstanding contributions to the university in the areas of leadership and service. He continued to give back to the university as an alumnus, serving in various capacities as a former member of the Mike Ilitch School of Business Board of Visitors and the WSU Alumni Association, as well as former vice president and director of the Wayne State Fund.

As a result of his service to the university, Paul was the recipient of several prestigious awards and honors, including the Mike Ilitch School of Business Distinguished Alumnus Award and membership in the Anthony Wayne Heritage Society. Perhaps his most cherished university-related accomplishment came when he established the Compass Group Ltd., Paul and Barbara Czamanske Scholarship Fund in 1997. This scholarship recognizes academic achievement and outstanding contributions of leadership — particularly to student organizations — in undergraduate and graduate students.

Paul was widely known for his outstanding leadership, his warm and generous spirit and for never forgetting a name. He achieved early success in his career at Ford Motor Company including being named the youngest District Manager at the time. He progressed through senior sales and executive positions, eventually retiring as Worldwide Marketing Director of the Ford Division.

In 1983, he founded Compass Group, a management consulting and executive search firm. Over the years, his clients included Johnson Controls, Eaton Corporation and Wayne State. In addition, he was awarded the renowned Raynolds Award for Excellence in Executive Search and Strong Commitment to Volunteerism in 2002.

Throughout his life, Paul held many leadership titles in many organizations, both business and civic. These included the Cornerstone Schools, Detroit Economic Club, Hospice of Michigan, Wayne State Alumni Association Board and Valparaiso University President’s Council.

Paul’s wife, Barbara, preceded him in death in June 2017. He is survived by their four children: Paul William III, Elizabeth Marten, Peter Marten and Maria Eileen.

He was born in Chicago in 1928 and was the oldest of seven children.