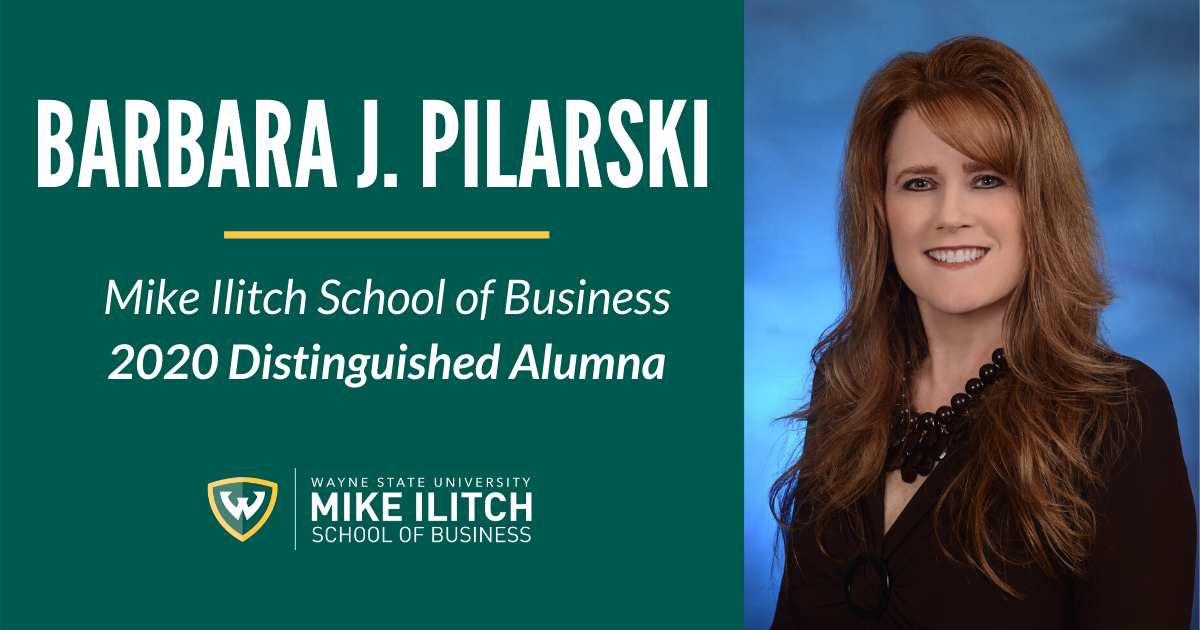 Established in 1981, the Distinguished Alumni Award recognizes graduates of the Mike Ilitch School of Business whose exceptional achievements over a career in business, education or public service have brought honor and distinction to Wayne State’s business school.

Pilarski earned a bachelor’s in finance from Wayne State University in 1985, the same year she began her long and distinguished career at what is now FCA North America. She went on to earn an M.B.A. from the University of Michigan in 1988.

Pilarski joined Chrysler Corporation as a financial analyst at the Warren Truck Assembly Plant and has held various positions within the company’s business development, finance and human resources organizations.

Pilarski was named head of business development for FCA North America from 2009-2017 and again in 2019. She is responsible for identifying, developing, negotiating and executing strategic partnership arrangements with automakers, suppliers and other third parties that provide significant value to FCA. From 2017-2019, Pilarski served as FCA North America’s head of human resources where she was responsible for providing services and support to approximately 90,000 employees and contractors across the United States, Canada and Mexico.

In 2019, Pilarski was featured in SAE International’s book, The Road to the Top is Not on the Map: Conversations with Top Women of the Automotive Industry. In 2015, she was named to the Automotive News list of the 100 Leading Women in the North American Auto Industry, an honor she also earned in 2010. Also in 2015, Pilarski was one of eight women selected by readers of DBusiness magazine for inclusion in the publication’s Powered by Women feature, recognizing the extraordinary contributions of women business leaders creating jobs and economic activity in Southeastern Michigan. In 2013, Pilarski received the Spirit of Leadership Award from Women’s Automotive Association International

Pilarski serves on the Finance Committee of the Board of Directors for Beaumont Health, Michigan’s largest health-care system. She serves as a board member for Metro Detroit Youth Clubs and is a member of the Campaign Cabinet for United Way of Southeastern Michigan.

For more information on this event or to view past winners, please visit ilitchbusiness.wayne.edu/about/awards.php.