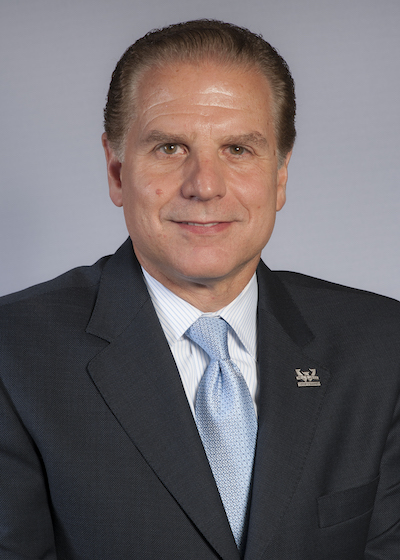 David Leone, who earned his MBA from Wayne State University in 1985 and recently retired from a long career at General Motors, now serves as an Executive in Residence for the Mike Ilitch School of Business.

In this role, Leone will focus on leadership and graduate student development. He will work with the Office of the Dean and the Graduate Programs Office to plan and facilitate the services and counseling offered to graduate students and employers.

At GM, Leone was Executive Chief Engineer, Launch Excellence, and led a cross-functional effort across the enterprise to assess and drive improvements to the way the company brings new vehicles to market. Previously, Leone served as Executive Chief Engineer for Cadillac and Global Performance Luxury Cars, a position created to drive brand focus through product content, design, engineering and commercialization. He was the leading force behind such vehicles as the award-winning Cadillac ATS, the 2013 North American Car of the Year; the 2014 Cadillac CTS, which was named MotorTrend’s Car of the Year and placed on Car and Driver’s 10 Best Cars and Road & Track Best of Everything; as well as the 2016 Chevrolet Camaro, named MotorTrend Car of the Year.

Leone earned his bachelor of science in mechanical engineering at Oakland University. He serves on the Mike Ilitch School of Business Board of Visitors and has been a member of the Society of Automotive Engineers for years. He was the 2017 recipient of the Ilitch School's signature Distinguished Alumni Award.