Alumnus Loren Townes continues to create his own destiny

Loren Townes has a favorite quote which, he says, sums up his life to this point: “A bend in the road is not the end of the road unless you fail to make the turn.” It comes from Helen Keller, and it’s of special significance to him because of the turnaround he’s made since serving a two-year prison sentence from 2009 to 2011. Today, the Wayne State University Mike Ilitch School of Business graduate is racking up accolades including a recent 30 under 30 award given by Manufacturing Engineering magazine. 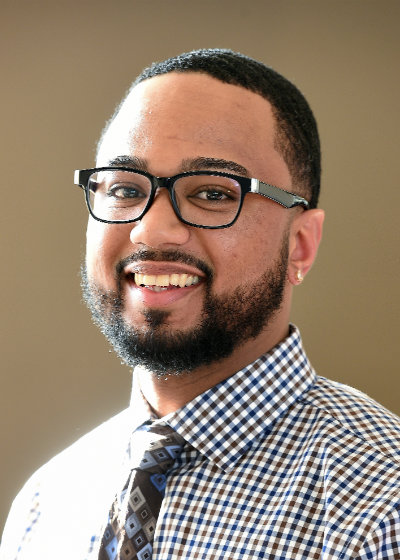 Since making the turn in his life, Townes has taken advantage of every opportunity he’s been given to achieve professional success, and to impact his community in positive ways. He enrolled at Washtenaw Community College in Ann Arbor in 2013, challenging himself with rigorous business courses. He was inducted into the National Honor Society of Phi Theta Kappa and landed a position as a student ambassador. In this role, he facilitated student orientations and implemented marketing strategies to promote participation. He graduated with honors from WCC in May 2015.

Townes began his career at Wayne State in 2015. He joined the Marketing and Communications Street Squad, a team that welcomes and educates prospective students and community members. In 2017, he was among the first cohort of 25 under 25 winners recognized by the Ilitch School, and completed his bachelor’s degree in marketing shortly after. He remains highly involved with WSU, primarily with the Organization of Black Alumni.

He currently works as the college relations coordinator within the Division of Advanced Technologies and Public Service at WCC. Townes said he attributes the 30 under 30 recognition to his successes at WCC, helping to increase enrollment, outreach and awareness.

Additionally, Townes continues to develop his own company, Gather Momentum LLC, which is designed to motivate and inspire others through educational leadership, professional and personal development, and community enrichment. “My primary focus is dedicated to assisting individuals in overcoming adversity while achieving measurable results and sustaining momentum,” Townes said.

Townes also serves his community, delivering meals to the homebound through Meals on Wheels and as active volunteer for Gleaners Community Food Bank. Next month, he will be hosting a community BBQ in his hometown of Romulus to raise funds and school supplies for students in the Romulus School District. “My goal is to assist as many students as possible for the next school year,” he said. “I was raised in a single parent household with two younger brothers…I know the struggle can be challenging. I just want to help and make a positive difference in my community.”

He plans to pursue an MBA at the Ilitch School beginning in fall 2018.