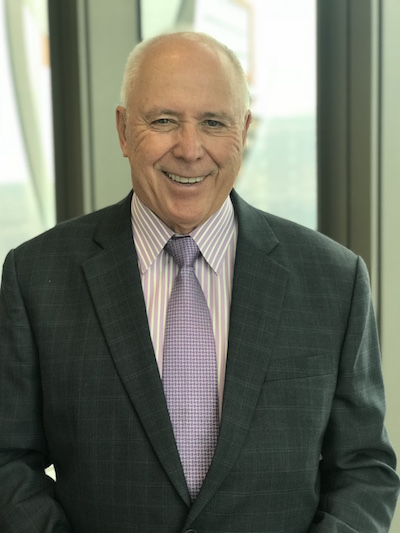 The Wayne State University Mike Ilitch School of Business has announced the 2018 recipient of its signature Distinguished Alumni Award. Thomas T. Tierney, who earned his bachelor’s in business administration from Wayne State in 1960, will be honored at the school’s 38th Annual Recognition and Awards Program on Monday, Oct. 15, at the Detroit Athletic Club.

Born and raised in Detroit, Tierney attended Redford High School before arriving at Wayne State. After receiving his undergraduate degree, he was commissioned through Wayne State’s ROTC program (where he served as cadet commander) and served for 11 years in the U.S. Air Force, during which time he earned a master’s degree in logistics management from the Air Force Institute of Technology in Dayton, Ohio.

Tierney went on to serve as deputy chief of logistics planning for the 7th Air Force in Vietnam, working in Saigon during the Tet Offensive. In 1969, he was transferred to the prestigious RAND Corporation in Santa Monica, Calif., where he worked as a Pentagon Research Associate, one of just seven officers worldwide selected to do so. His research focused on organizational theory, applications of remotely piloted vehicles for military use, and knowledge transfer to fighting forces.

In 1971, Tierney joined and later purchased an FDA-licensed nutritional supplement manufacturing company, which he renamed Vitatech Nutritional Services. He grew the company into a successful innovator in science-based nutritional formula and production processes. Tierney sold Vitatech in 2015.

To recognize a generous $2 million gift to the university from Tom and his wife Elizabeth in 2015, Wayne State renamed the historic Hecker House on Woodward Avenue as the Tierney Alumni House. This iconic landmark is located on Woodward Avenue at East Ferry Street and is listed on the National Register of Historic Places. The Tierneys are passionate about supporting education, arts and culture, and made the investment to support Wayne State’s efforts to preserve an architectural gem in Midtown Detroit.

Tierney is currently chairman and co-founder of BeeHive.com LLC, a web-based personal discovery enterprise that is also actively engaged in the arts, veteran’s causes and enterprises devoted to social healing.

He and his family, along with their 28 horses, three dogs, and a donkey named Larry Longears reside in Idaho and California.