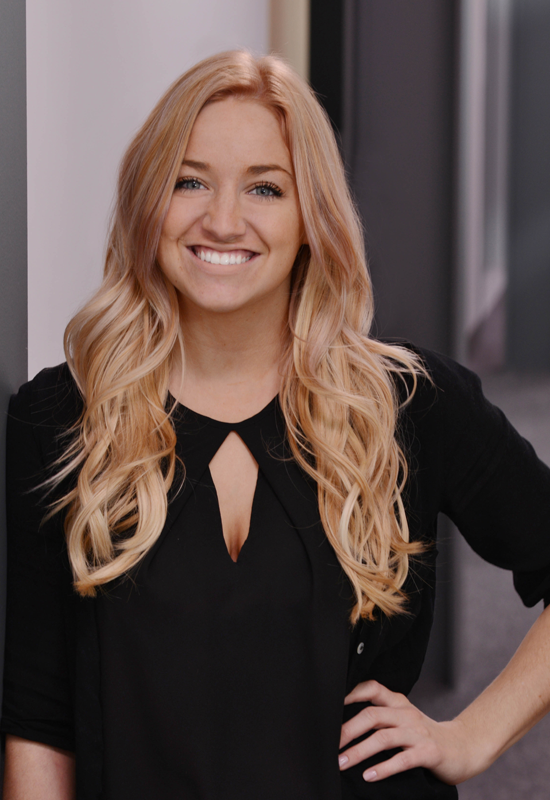 After majoring in human resource management and minoring in information technology as an undergraduate at Michigan State University, pursuing an MBA with a concentration in information systems management (ISM) was a natural fit for Megan Ellis.

“I [wanted] to stay competitive and to continue my education and professional development.”

Picking up international business as a second concentration helped her land a gig at Robert Bosch LLC, a multinational engineering and electronics company, as a commercial sales expert, but her passions lie in analytics and marketing—something she got to showcase recently in a class project.

Last semester, for the course ISM 8000: Digital Video Analytics, students were tasked with creating a brief video on any topic of their choosing.

Her short film, called Detroit on the Rise pays homage to the city, the old and the new. The footage features famous places like Campus Martius, Eastern Market and the stadiums downtown, in addition to some of Megan’s favorite spots, like The Belt, Museum of Contemporary Art Detroit and the Dequindre Cut.

Shot entirely by drone, navigating the technology was a learning curve that she quickly overcame with practice “and help from the boyfriend,” Megan says.

“The best part for me was driving around the city at night,” she says, “capturing the beauty from a completely different perspective, with pitstops along the way when [something] caught my eye.”

There’s no dialogue, but the song featured, called Escape by Holmsey, featuring Rory McKenna, compliments the footage that shows Detroit is a hidden gem.

“I really like the lines ‘open up my eyes’ and ‘there's a place far away that nobody knows’—I’ve had a lot of experiences where people who are unfamiliar with Detroit still have an incredibly negative connotation,” she says. “It almost feels special to get to experience how it really is; I feel like this song captures that emotion.”

On January 25, Megan was invited to present the project to the Mike Ilitch School of Business Board of Visitors as part of a larger showcase of MBA students and their work.

The feedback was extremely positive.

“In fact, before the meeting started, I had a handful of people who had already seen the video and had shared it with their classes, staff, and teams.”

During her presentation, Megan shared the relevancy of ISM training in the digital age as the world becomes more globalized.

And, she highly recommends the MBA program at Wayne State.

“Not only has it been a great experience with amazing professors, but it has been so flexible with my schedule,” she says, going on to cite the university’s hybrid-learning options: on-site and online courses, and its satellite campuses.

After graduation, Megan plans to capitalize on the position she already has at Bosch and take an international assignment with the company in Germany at their headquarters. Eventually, she hopes to transition out of sales and into analytics, marketing, and business development.