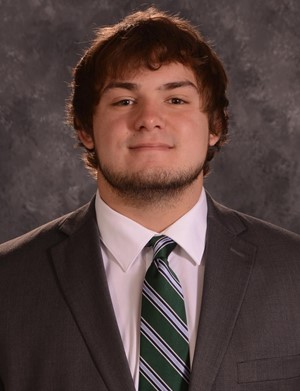 Luncheon for earning the highest cumulative GPA among all student-athletes who are Ilitch School of Business students. The awards ceremony recognized Warrior student-athletes who recorded at least a 3.5 GPA for the Fall 2017 term. Dowding was a redshirt junior on the WSU football team this past fall, and was selected as the WSU Football Scholar-Athlete Award recipient  in December 2017. He has earned a spot on the Athletic Director's Honor Roll (term gpa 3.5+) in all seven semesters at WSU, including one 4.0 term.