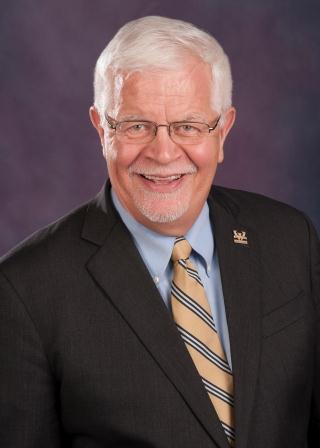 Bob Forsythe became dean of the Wayne State University School of Business on July 21, 2014. The school was renamed in 2015 in recognition of a $40 million gift from legendary Detroit entrepreneurs and philanthropists, Mike and Marian Ilitch, which allowed the school to build its state-of-the-art new home in The District Detroit. Under Forsythe's leadership, total enrollment in the Ilitch School has increased dramatically, particularly at the graduate level. The school boasts the fastest-growing part-time M.B.A. program in the Midwest and one of the top-five fastest-growing in the entire country.

Prior to his arrival at WSU, Forsythe was on the faculty of the College of Business at the University of South Florida, serving as dean from 2006-2012. Under his leadership, the business school at USF launched several innovative programs that enhanced student success and engagement at both the undergraduate and graduate level.

Forsythe previously served as Cedar Rapids Professor of Business and later as the senior associate dean and Hadley Professor of Leadership at the Henry B. Tippie College of Business at the University of Iowa in Iowa City. He is the founder of the Iowa Electronic Markets, a futures market for online trading in contracts on political and economic events.

Forsythe earned a Bachelor of Science degree in quantitative business analysis at Pennsylvania State University. He worked at PPG Industries for several years after which he earned Master of Science and Ph.D. degrees in economics from Carnegie Mellon University. His first academic position was with the California Institute of Technology in Pasadena.

The Wayne State University Mike Ilitch School of Business prepares students for challenging and rewarding careers, advances the boundaries of scholarly and practitioner knowledge, and enhances the economic vitality of the city of Detroit, the state of Michigan and beyond through its programs, research and community engagement. Established in 1946, the business school was renamed in 2015 in recognition of a $40 million gift from Mike and Marian Ilitch. Thanks to this lead investment, the school moved to a new state-of-the-art building in the heart of the District Detroit in 2018, and academic programming and collaboration with city businesses are expanding.

More than 36,000 Ilitch Business alumni can be found around the world, developing innovative entrepreneurial ventures, managing multinational corporations and making a difference in nonprofit and government agencies. The school's academic programs are accredited by the Association to Advance Collegiate Schools of Business (AACSB) and are regularly recognized for high quality by third-party reviewers such as The Princeton Review and U.S. News and World Report.