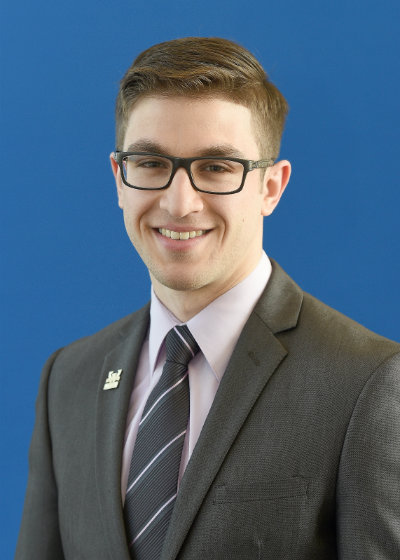 A full-time student who has supported himself and his family with a full-time job throughout his college career, Idon Shaman has risen academically and professionally through it all.

After his first job at Wendy's, where he was named the quickest sandwich maker in the store, Idon transitioned to the technical realm with a position at Best Buy selling computers. There, he was promoted to Apple Expert and ranked second in the company in sales for Q4 of 2014 – at the age of 19. While he enjoyed sales, his real love was fixing computers, so he transferred to Geek Squad, earning the highest ranking position below supervisor. After a year at the Geek Squad, Idon wanted to take his skills to the next level as a technical support analyst for the 10,000 team members at Quicken Loans.

In 2016, the opportunity of a lifetime came along. Idon was offered a summer internship 8,000 miles away in Cape Town, South Africa, where he would learn UX design at PriceCheck, a company comparable to Amazon. During the four months before his departure, Idon worked 70 hours a week to cover the cost of the trip, tuition, and his family's bills while he would be away. As a UX Designer at PriceCheck, he was given the responsibility to design an app for the four million customers that visit PriceCheck's website each month.

Since returning to Detroit, he shares his expertise and teaches others interested in technology as president of Wayne State's Information Technology Organization. Idon has used his skills as a UX designer for a special project in the North American International Auto Show and will spend the summer of 2017 in Seattle, Wash., as a UX design intern for Amazon.

"I strive for excellence and refuse to be outworked by anyone," Idon says. "At the end of the day, we've only got one at bat, and I learned it is up to me to decide what the outcome will be."

Connect with Idon on LinkedIn