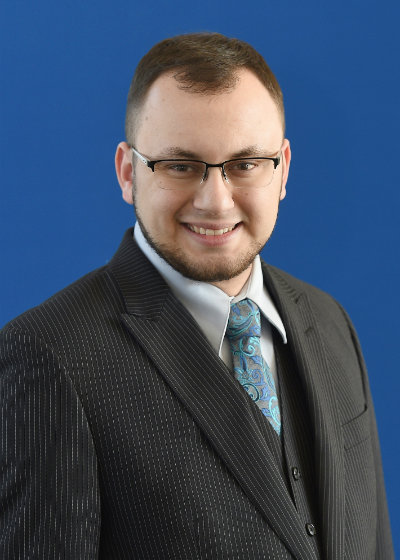 Master of Science in Taxation expected May 2018

Throughout his college career, Alex Atanasovski has been an active member of the community, holding various leadership positions in student organizations at Wayne State University, as well as on his local Board of Education. In addition to his 25 Under 25 honor, Alex received the Ilitch School's Outstanding Student Award in 2016.

Alex has been a member of Wayne State's Macedonian-American Student Association since he began as an undergraduate accounting student in 2012. The following year, he was elected president, a title he has retained ever since. In this role, Alex leads the organization's efforts, including a recent charity 5K run that raised more than $8,000 to benefit an orphanage in Bitola, Republic of Macedonia, and cultural events to promote the people and culture of the Republic of Macedonia. Through his involvement in the Macedonian community, Alex was also appointed Detroit's at-large board member for the Generation "M" Youth Initiative of the United Macedonian Diaspora. He was recently elected Secretary of St. George of Kratovo Macedonian Orthodox Church.

Alex is also an elected member and treasurer of the Board of Education of Melvindale-Northern Allen Park Public Schools, the district from which he earned his high school diploma.

"I have the honor of being one of the voices for education for my fellow taxpayers and the students of our district," Alex says. "I enjoy working in the field of taxation because it influences all areas of business and society. It intrigues me because virtually every type of entity is impacted by tax policy in some way, from businesses and individuals to even non-profit organizations."

Connect with Alex on LinkedIn