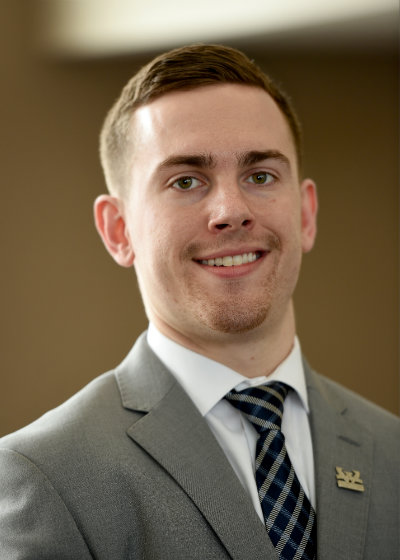 In 2012, Charles Ashton took a break from his undergraduate studies and got involved in the direct sales industry. It was on that platform that he developed his core leadership values as well as the presentation and interpersonal skills that jumpstarted his professional career. By the age of 21, he was promoted to sales director, where his sales organization produced more than $4 million in gross revenue.

Upon his return to Wayne State University, he served as a peer mentor for the Introduction to Business course, teaching personal development workshops to more than 200 students. Determined to make the most of the opportunities before him, he landed multiple internships at a German manufacturing firm, a medical staffing company, AMDG Financial and, most recently, Amherst Partners, a regional boutique investment bank located in downtown Birmingham.

Charles has also maintained a full-time course load each summer to "catch up" from his two-year sabbatical. Recently, he has been serving as a teaching assistant for Professor Michael Schostak's financial modeling course, a class that plays a pivotal role in helping students learn the tangible skills that are needed on the job.

In December 2016, Charles was recruited by EY for their Transaction Advisory Services team. Beginning in August, he will be working with corporate and private equity clients across a range of industries, investment banks and public sector bodies, advising them on transactions such as mergers, acquisitions, joint ventures and asset disposals.

"If it weren't for the hard work and late nights, I wouldn't be where I am today, wouldn't have been able to give back, wouldn't have had the chance to hold any leadership positions or teaching assistant roles, but most importantly, wouldn't have positioned myself for a career that will allow me to share everything that I've learned at Wayne State for years to come," Charles says.

Connect with Charles on LinkedIn