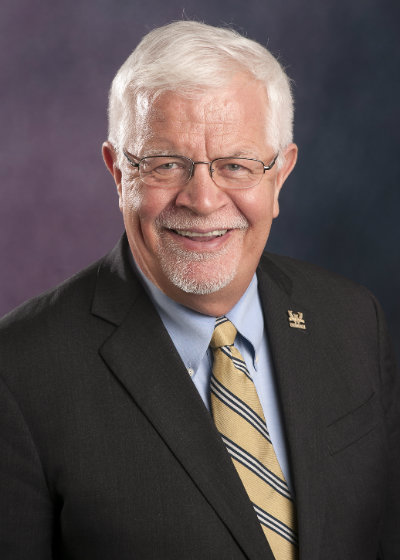 Bob Forsythe served as dean of the Wayne State University Mike Ilitch School of Business from 2014 to 2022. Under his leadership, the Ilitch School was renamed in 2015 in recognition of a historic $40 million gift from the Ilitch family, which allowed the school to build its state-of-the-art home in The District Detroit. Forsythe's tenure also included the development of several new academic programs, including those in entrepreneurship and innovation and sport and entertainment management, and student success and mentoring initiatives.

Prior to his arrival at WSU, Forsythe was on the faculty of the College of Business at the University of South Florida, serving as dean from 2006-2012. Under his leadership, the business school at USF launched several innovative programs that enhanced student success and engagement at both the undergraduate and graduate level. Perhaps most notably, he established the Bulls Business Community, a living-learning residential program for top incoming freshmen pursuing a business degree. He also led the charge to restructure the M.B.A. program to make it more accessible to working professionals without sacrificing program quality or rigor.

In 1981, he joined the economics faculty at the University of Iowa in Iowa City, Iowa, where he served as the Cedar Rapids Professor of Business and later as the senior associate dean and Hadley Professor of Leadership. While in Iowa, he cofounded the Iowa Electronics Market, a futures market for online trading in contracts on political and economic events.

R. Forsythe, “Unanimity and the Theory of the Firm under Multiplicative Uncertainty,” Southern Economic Journal, 46, 1979, 218-232.

D.V. DeJong, R. Forsythe and W.C. Uecker, “The Methodology of Laboratory Markets and Its Implications for Agency Research in Accounting and Auditing,” Journal of Accounting Research, 23, 1985, 753- 793.

D.V. DeJong, R. Forsythe and W.C. Uecker, “A Note on the Use of Businessmen as Subjects in Sealed Offer Markets,” Journal of Economic Behavior and Organization, 9, 1988, 87-100.

A. Daughety and R. Forsythe, “Regulation and the Formation of Reputations: A Laboratory Analysis,” in Public Regulation: New Perspectives on Institutions and Policies, E. Bailey, ed., MIT Press, 1987, 347-398.

D. DeJong, R. Forsythe and W. Uecker, “The Relevance of Laboratory Markets for Examining Policy Issues in the Market for Audit Services,” The Accounting Forum, (December 1985), 27-41.

R. Forsythe, “The Application of Laboratory Markets in Testing Theories of Resource Allocation Under Uncertainty,” in The Handbook of Behavioral Economics, vol. A, B. Gilad and S. Kaish, eds., JAI Press, 1986, 19-62.

A. Daughety and R. Forsythe, “Complete Information Outcomes without Common Knowledge,” in Proceedings for the Second Conference on Theoretical Aspects of Reasoning About Knowledge, M. Vardi, ed., Morgan-Kaufmann Publishers, 1988, 195-210.