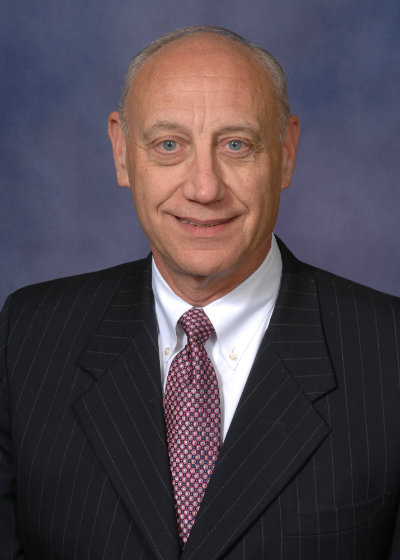 When asked about his many professional successes, Steve Strome likes to say that he "was in the right place at the right time." While this may be a factual statement, it ignores the fact that Strome also approached every time, place and situation with keen analytical skills, a tireless work ethic and an exceptional ability to read – and lead – the people around him.

Whatever ratio of skill, experience and good fortune he used, Strome (M.B.A. ’68), made his way from relatively humble beginnings to a long and distinguished career that culminated in his decade of service as chairman, president and CEO of one of the nation’s largest music distributors. He was even inducted into the Video Hall of Fame along the way – but more on that later.

Along the way, Strome has never forgotten where he began his journey, and he and his wife, Phyllis (Education ’68), continue to do their part to make the path easier for those who follow.

From Beantown to Motown

Strome was born outside of Boston in working-class Lynn, Massachusetts. While he doesn’t recall the family facing exceptional struggles during his early years, they were far from wealthy.

"Let’s put it this way, I slept in my parents’ closet," he recalls.

When Strome was 10 years old, his father found work in Detroit. The family relocated to a duplex near Dexter and Linwood on the city’s west side. After graduating from Cass Technical High School, he enrolled at Hillsdale College, where he served as student body president and earned his bachelor’s degree in 1967.

Upon graduation from Hillsdale, Strome immediately applied to the M.B.A. program in the Wayne State University School of Business Administration. Strome jokes now that it didn’t take a financial wizard to make the decision.

"Back then, most companies were paying about $7,000 a year for new graduates coming in with a bachelor’s degree," he says. "If you went another year and a half and got an M.B.A., it was more like $10,000. To a young married couple just starting out like Phyllis and me, that $3,000 made a huge difference."

Strome began his post-Wayne career at the S.S. Kresge Company – later known as the Kmart Corporation – where he had worked part-time throughout much of his college career. Like many WSU grads of his era, Strome intended to go into automotive or banking, but a chance meeting with company president Harry Cunningham changed his direction.

"He convinced me to stay to be a part of a new program they were starting for M.B.A. grads," Strome says. "They sent us to a training course where we were essentially learning how to do industrial engineering so we could get a handle on the company’s massive backend and clerical operation."

Strome’s background in business administration, his newly acquired knowledge of systems optimization and his inherent curiosity and analytical skills allowed him to flourish in the role. He and his team routinely increased efficiency by 20-25 percent in each department they researched, allowing the company to redeploy resources elsewhere.

After seven years at Kresge, it was time for a new challenge. Strome spent the next four years at Fruehauf Corporation and then moved on to Handleman Company in 1978.

As he had at his previous employers, Strome steadily moved up the ranks at Handleman. He was named executive vice president and COO in 1988. The company’s board elected him president and CEO in 1991. In 2001, he became chairman and CEO.

At its peak, Handleman was one of the largest music distributors in the country with annual sales routinely topping $1 billion. Sales topped $1.3 billion by the time Strome retired in 2008. As evidence of how quickly and dramatically digital media changed the industry, consider the fact that the company completed its final liquidation and dissolution just two years later.

Giving back and paying forward

While the Stromes do, indeed, spend their winters in Florida, that’s about as far as the retirement cliché goes. Both Steve and Phyllis are very active in philanthropic activities in both Southeast Michigan and the Florida Gulf Coast. A diverse array of organizations – from the arts, to human services, to Jewish cultural and historical societies – benefit from the Stromes’ time, talent and other resources.

Among his many contributions to his graduate alma mater, including his continued service as "executive in residence," Steve’s role in creating the School of Business Administration’s Career Planning and Placement Office (CPP) has been among his most impactful to date. Strome was serving as chair of the school’s Board of Visitors in 2005, when he and his fellow board members strongly encouraged Dean Harvey Kahalas to create a separate career center for WSU business students and alumni.

In the years since, the Career Planning and Placement Office has become an indispensable resource for SBA students and alumni as well as the local business community. Last year, CPP posted more than 800 job postings and coordinated nearly 250 on-campus interviews. More than 750 employers and 4,000 students and alumni have active accounts on CPP’s exclusive web community, waynebizcareers.com.

According to CPP Director Emily Kravetz, Strome remains as huge a resource as he ever was.

"Steve takes his role as executive in residence very seriously, and he will do anything he can to help," she says. "He is equally comfortable helping a sophomore student fix his tie at a career fair as he is meeting with a team of executives to sell them on the strengths of one of our students. No task is too big or too small for him, and I know that I can go to him at any time to tap his wealth of business experience and knowledge."

What about this whole "Video Hall of Fame" thing?

While he might not be a household name, anyone who has ever bought a VHS tape or DVD at their local department store or mega mart owes at least a little thanks to Steve Strome. In 1994, Strome was inducted into the Video Hall of Fame for his work in developing the "sell-through" video market.

Those who were around at the dawn of the home video era may recall that renting a movie was really the only option. Purchasing a movie on VHS or Betamax from your local video store in the early 1980s could typically cost up to $100.

Then along came the video for Michal Jackson’s Thriller.

"Sony approached Handleman in 1984 to sell Thriller in stores for around $20," Strome recalls. "And we did sell it – a lot of it. So we thought, ‘If we can sell this, why can’t we sell movies?'"

Strome then headed to Hollywood to make a pitch to the studios to change the way movie rights were managed to facilitate a retail sales market.

"The first one to agree was Paramount Pictures," he recalls. “We worked with them to offer a selection of 25 different movies for under $25, including Beverly Hills Cop."

The initial order of 50,000 copies of the Eddie Murphy classic sold out in a matter of weeks, Handleman’s video distribution business quickly grew from zero to $400 million annually and the sell-through video market was born … all thanks to a WSU business grad who was in the right place at the right time.