Wayne State University senior Jared Tobey held a press conference June 11 at Ernie Harwell Field to express gratitude to his teammates and coaches, faculty in the Mike Ilitch School of Business, and the Detroit Tigers for selecting him in the 30th round of the MLB draft. He recently graduated from the Ilitch School with a degree in business administration and marketing. 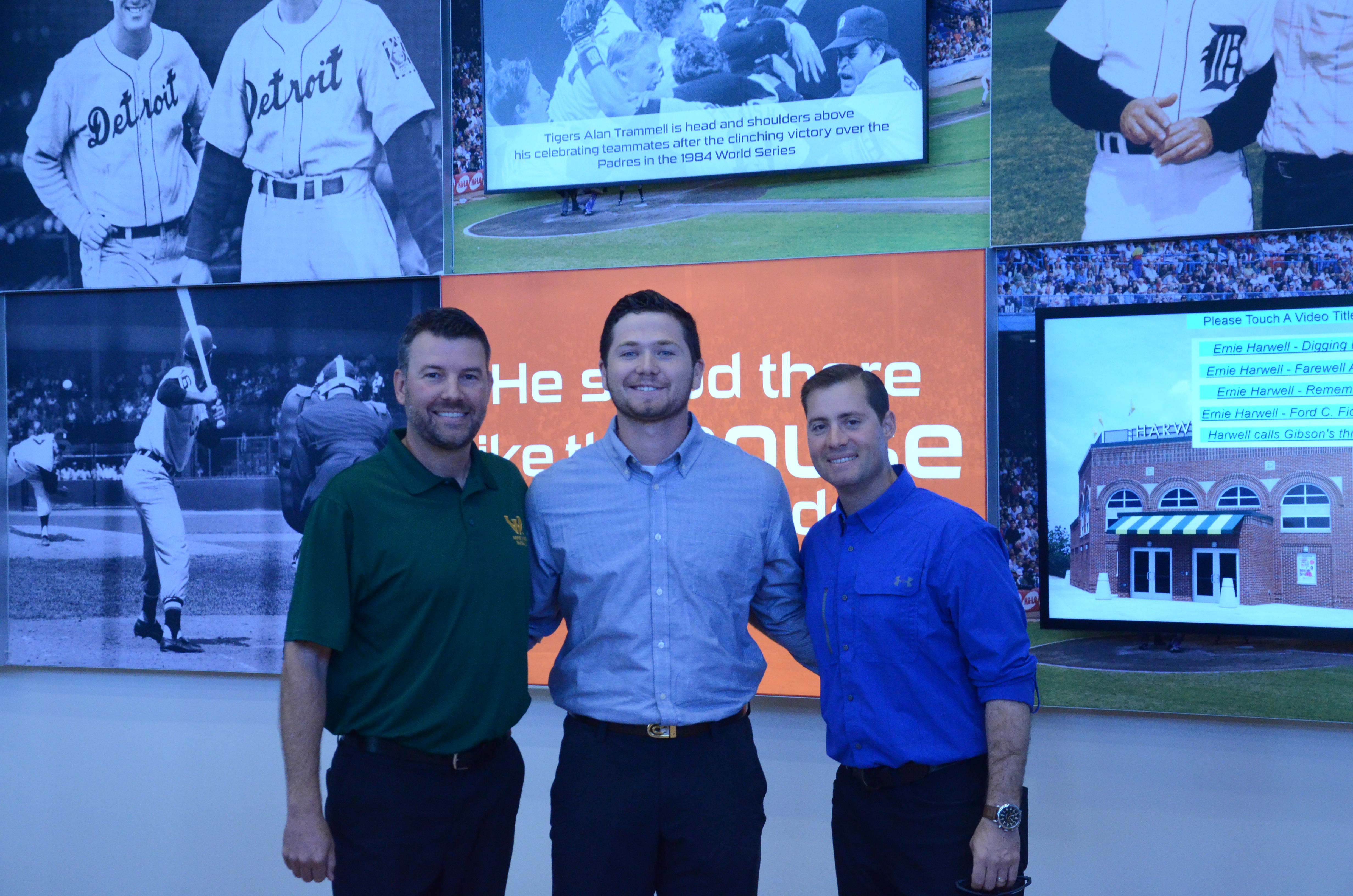 He becomes the sixth Warrior to join an MLB organization since Anthony Bass was drafted in 2008.

“As his coach over the last four years, I can’t thank him enough for embracing the student-athlete experience,” said head baseball coach Ryan Kelley. "He’s among an elite echelon of players who obtained a college degree before being drafted. He was outstanding in the classroom.”

While his immediate focus is on performing well with the Tigers organization, Tobey credited the Mike Ilitch School of Business for “giving me the opportunity to earn a prestigious degree.” Tobey was either named to the Coach’s Honor Roll (term GPA 3.0-3.49) or Athletic Director’s Honor Roll (term GPA of 3.5 or higher) in each of his eight semesters at Wayne State.

Although he excelled in the classroom, his on-field achievements is what led to him being drafted.

Tobey was well decorated following his senior season as he earned First Team All-GLIAC honors, was a D2CCA All-Midwest Region Second Team selection and was voted to the ABCA/Rawlings All-Midwest Region Team.  He was named to GLIAC All-Tournament Team, plus earned a spot on the GLIAC All-Academic Excellence Team. Tobey received the Anthony Bass Top Pitcher Award at the WSU Baseball banquet.  He ranked second in the GLIAC in strikeouts per nine innings, third in ERA, fourth in strikeouts, sixth in wins, eighth in innings pitched and ninth in complete games.

Tobey won six of his 11 starts and struck out 90 batters in 70 innings of work as the staff ace.  He finished with a 3.47 ERA and opponents hit .220 against Tobey.  The St. Clair native tallied two complete games, including a complete game nine-inning shutout vs. Seton Hill during his second start of the season in March.  Tobey notched five games with at least 10 punch outs, including a career-high 14 Ks in his final regular season start against Grand Valley State as he moved past Bass in career wins and career strikeouts in the record book.

He finished his collegiate career by striking out 11 batters against Ashland in the GLIAC Tournament over eight and 1/3 innings, while allowing just one base hit.

Tobey concluded his remarks by thanking the Detroit Tigers organization for giving him the opportunity to pursue his dream.