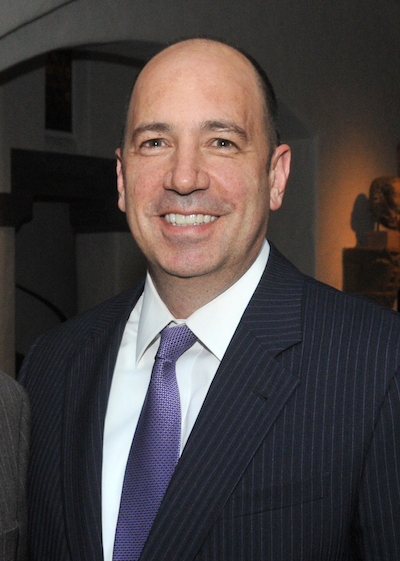 At Wayne State's May 2018 commencement ceremony at Ford Field, the university presented Mike Ilitch School of Business alumnus Matt Simoncini with an honorary doctor of laws degree in recognition of his remarkable career, philanthropic efforts, and dedication to Detroit.

Simoncini was born, raised and educated in the city, attending Detroit Public Schools and earning a bachelor’s of accounting from Wayne State in 1985. He began his career at Touche Ross and is a certified public accountant. He went on to hold financial and manufacturing positions with Varity Kelsey-Hayes and Horizon Enterprises, serving as chief financial officer of Kelsey-Hayes’ European operations.

In 1996, Simoncini joined Lear — a leading global supplier of automotive seating and electrical systems — after Lear’s acquisition of competitor United Technologies Automotive, where he had been director of financial planning and analysis. At Lear, Simoncini held a series of senior financial roles, rising through the ranks before being named president, CEO and director in September 2011. He retired from Lear in March 2018, and is serving as an advisor to the company through the end of the year. During his six years at the helm, Simoncini took Lear from the aftermath of a bankruptcy to an era of record sales.

A vocal supporter of the city, in 2015 Simoncini led the effort to open the $10 million Lear Innovation Center in downtown Detroit, which aims to develop new business opportunities in collaboration with local groups and students, including those from the WSU College of Engineering and Mike Ilitch School of Business. In February, he was honored with the 2017 Crain’s Newsmaker of the Year award.

Over the course of his career, Simoncini has generously contributed his time and expertise to a number of organizations, serving on the boards of groups such as the Bing Youth Institute, the Detroit Children’s Fund, the Michigan Opera Theatre, The Parade Company, the Detroit Economic Club, the Business Leaders for Michigan and the Wayne State University Foundation.

Since earning his WSU degree, Simoncini has been an ardent advocate of his alma mater. He was instrumental in helping secure a naming gift from Lear to create the Lear Auditorium in the new Mike Ilitch School of Business building under construction in the District Detroit. He was a longtime member of the Ilitch School Board of Visitors and Alumni Council, and conceived of and championed the Swing for the Students golf outing, which raised $500,000 for student scholarships over the course of a decade. He was essential to his company’s establishment of the Lear Corporation Climbing the Ladder Annual Scholarship to support accounting majors active in community service and extracurricular activities. He also established the Matthew J. and Mona M. Simoncini Endowed Scholarship for business school students with a personal-giving pledge.