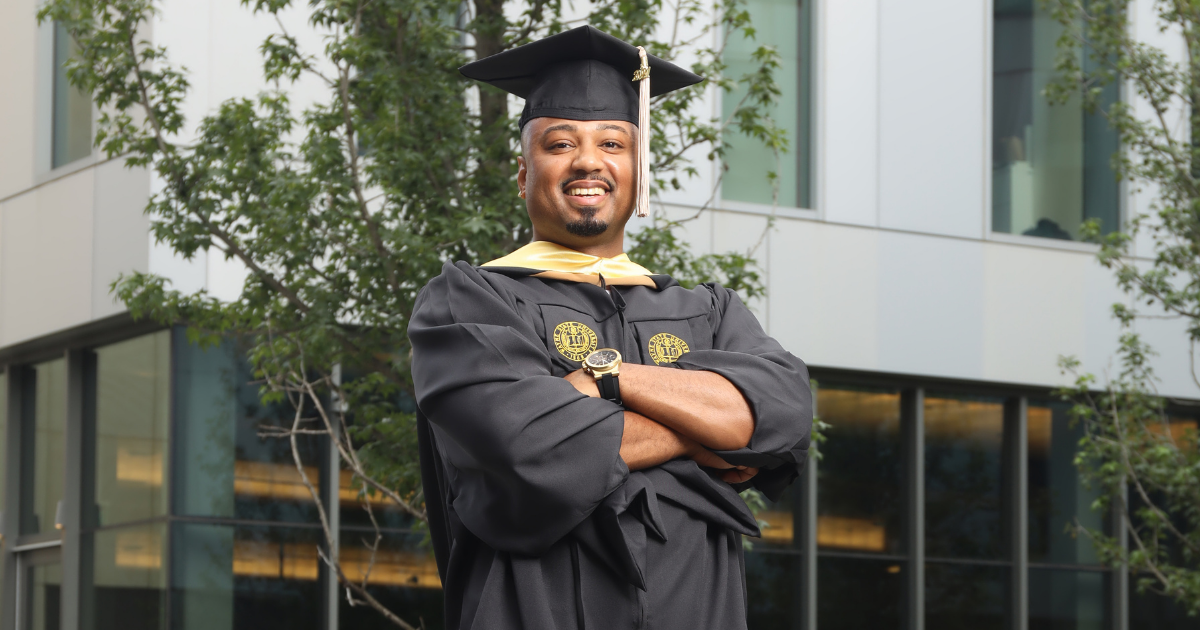 One thing Loren D. Townes Jr. would like you to know: He’s always looking for opportunities, even in the most unlikely of places.

On a spring day in 2015, less than 24 hours after his first college commencement ceremony, Townes boarded a plane for Miami. He was still wearing the now-wrinkled suit he had donned to deliver the student commencement speech, having partied all night and worried he would miss his red-eye flight.

After a tumultuous early college experience, he was ready to finally celebrate his achievements—an associate degree with honors from Washtenaw Community College earned while working several jobs after a two-year-long prison sentence.

When he found his seat, it happened to be next to Amy Roberge Heitman, a proud Mike Ilitch School of Business graduate and WSU employee.

“She asked me why I was wearing a suit, and I explained that I had actually just graduated and was the student speaker. I stayed out late celebrating that and my 24th birthday, so I didn’t have time to change,” Townes said.

The two hit it off, and Heitman—who retired from the Ilitch School in 2020—told him to consider Wayne State, and if he did, to come find her once he was there.

“When I got back from Miami, the first thing I did was look into Wayne State,” Townes said. He came for a tour and was immediately persuaded by the liveliness of the campus. “I loved the energy. When I was on the tour, I could identify myself within the culture. I thought, ‘All these years Wayne State had been here?’” 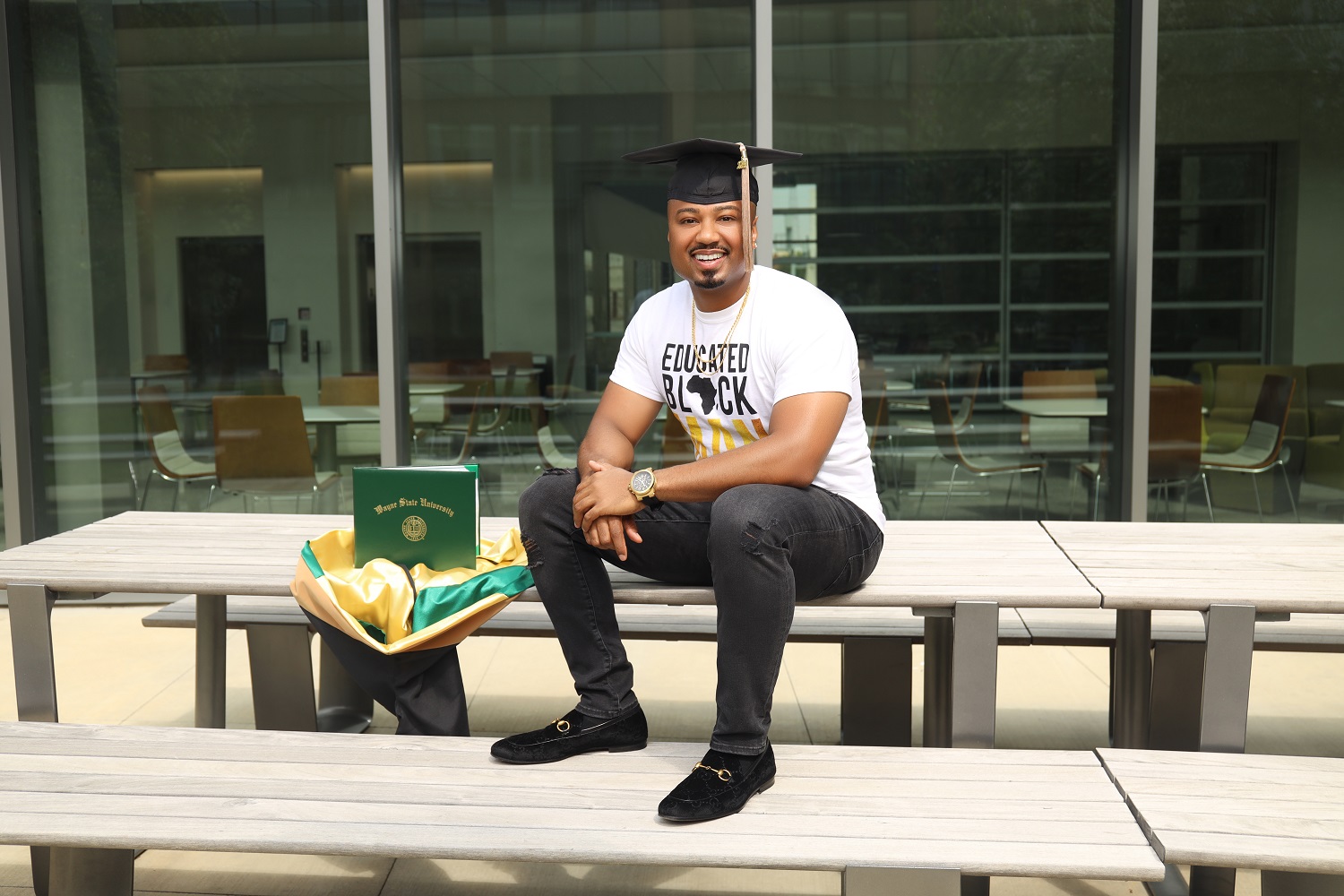 Townes applied the same day, and after he started classes, he went to find Heitman.

“She said, ‘You’re here! You actually came!’ and I asked for some ways to get involved,” he said.

In 2016, Townes joined the Wayne State Street Squad, which was created by the Office of Marketing and Communications as a way to use student advocates as university representatives at signature local events. In this role, he attended events at the Detroit Economic Club, participated in Meals on Wheels of Detroit, and served a keynote and featured speaker at events throughout the community.

That, along with his academic achievements, earned Townes a spot on the Ilitch School’s prestigious 25 Under 25 list in 2017.

“I was raised in the city of Romulus, and I attended and graduated from Romulus High School in 2009 with a 2.7 GPA,” he said. “I went to college for one semester and I stumbled into a false start; I got caught up in legal trouble and went to prison for two years at age 18.”

Even in prison, he found opportunities. Townes went into his sentence believing he wanted to study law, but after spending hours reading books on business while incarcerated, he realized he had a passion for marketing.

“That experience helped define a lot of things for me—some people cringe at it, but it helped mold me into who I am,” he said. “It's not something I look down on, because it’s a testament to what I can do.”

“I came home at 20 years old with a goal to inspire other people who had made poor decisions along the way,” he added. “I wanted them to know they can reverse their course and gain an education.” 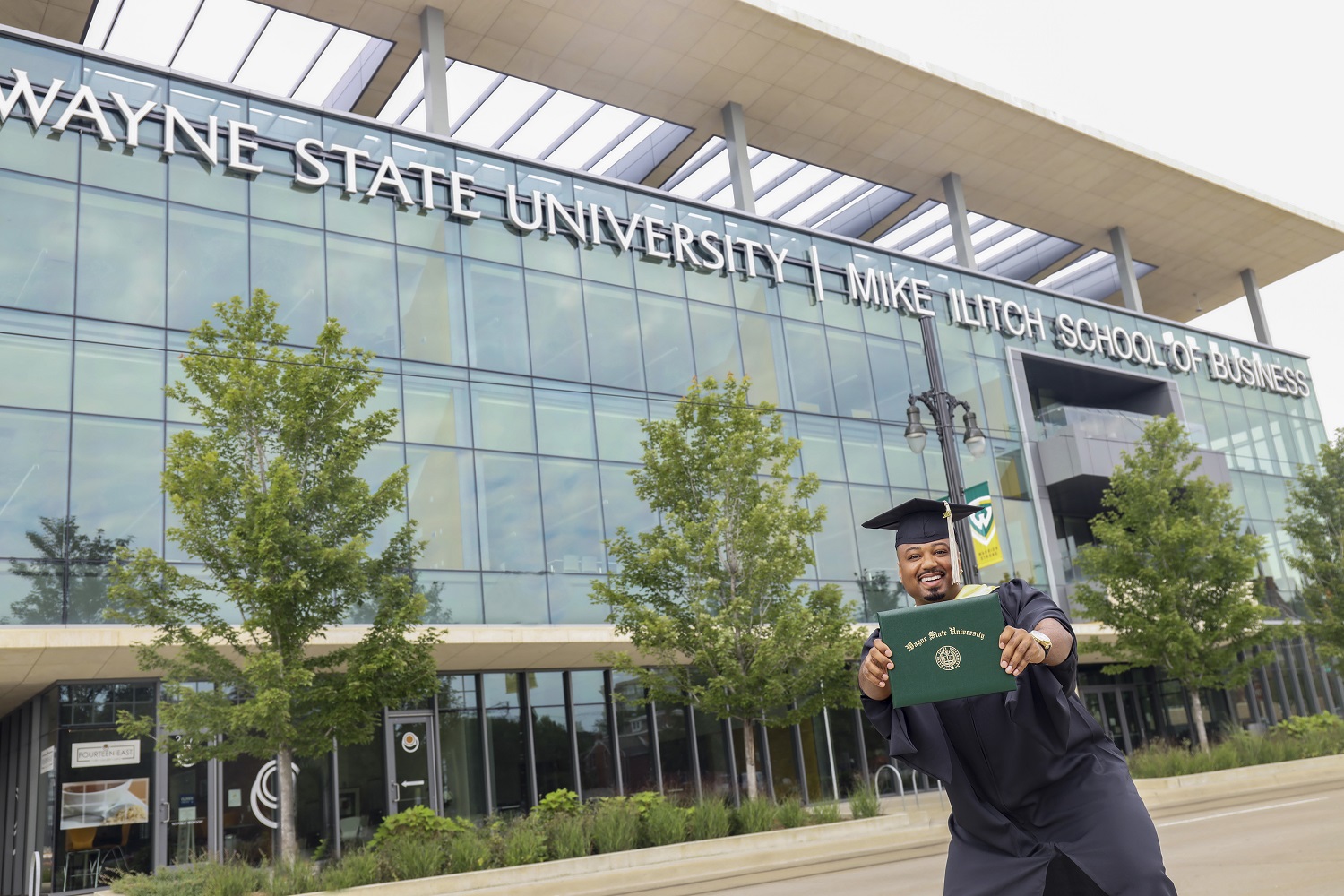 After earning his undergraduate degree, he had accomplished those goals, but he wasn’t done. He wanted to pursue an M.B.A., and this time, he knew exactly where he wanted to earn it.

“I said, ‘I'm going back to Wayne State.’ The reputation of the university is continuing to improve—those graduates are some movers and shakers and heavy hitters, and I wanted to be a part of that lineage,” Townes added. “I came across some of the most intelligent instructors and professors during undergrad, so I knew it would be a rigorous but rich experience.”

Townes graduated with a 3.64 GPA from the Ilitch School M.B.A. program this spring, and he’s already watching his new degree take him farther. He is now manager of corporate and community engagement at Washtenaw Community College, where he has been employed since 2015.

In 2020, he was also appointed director of Ironworkers Education, a part-time administrative role overseeing the operation and execution of the Ironworkers Annual Training Conference with more than 850 participants.

Townes said that while the promotions are great, it’s the lessons learned from the M.B.A. program that make the Ilitch School experience so valuable.

“It’s about the knowledge I gained,” he said. “Even before I was in a leadership role, the leadership team at work would come to me for help with marketing concepts and initiatives, and I could always deliver. That was huge.”

Watching his M.B.A. open the door to so many opportunities has strengthened Townes’ belief in the value of higher education.

“They may still see more of me,” he said. “I believe in what they deliver, because I’m a product of it. The faculty and staff there are like family to me. That matters—it's not transactional. They made such a difference and it happened for me at the Mike Ilitch School of Business.”